From History to Today – The Land of Indian Hill, Ohio Native Americans were the stewards of all area land including the land of Indian Hill. Many of the thoroughfares of the Village followed the early Indian trails. There are nearly 20 square miles of land in Indian Hill Ohio, with an elevation of 561 feet. This area was home to the Shawnee, Miami, and Delaware Indian tribes. The villages of the tribes were located in Pickaway and Chillicothe. The Indians lived, hunted, conducted their trading, and played on the riverbanks of the Little Miami River.

A veteran of the Revolutionary War, Major Benjamin Stites was with a surveying party on the Ohio River in 1787 when he saw the tepee’s, horses, canoes, and Indian people fishing on the river bank. Major Benjamin Stites also saw the value of the area located between the two Miami Rivers. As soon as he returned to New Jersey he told Judge John Symmes to purchase the land.

The judge took Major Benjamin Stites advice and purchased close to a million acres from the United State Government. Judge Symmes sold 10,000 acres of land between the Ohio and Little Miami Rivers to Major Stites for $0.66 an acre. The land of Indian Hill was included in the acreage. There has been a little mark up since then - as the land of Indian Hill now sells for over one hundred thousand ($100,000) per acre.

Newtown was one of the first settlements, soon many families moved from Newtown to the hillside to build homes and farm the land. There were countless encounters with the Indians. Legend has it that some Indians went to Nelson’s Station (Madisonville) and stole three horses. One of the Indians was riding a lame horse. When some of the settlers pursued the Indians the Indian riding the lame horse was shot.

Years later the Indian’s remains were found on a farm on the hillside. The name Indian Hill was born. By the early 1800’s the Indians moved from the area allowing the settlers to expand their community. They built three schools and a church. Indian Hill is a paradise in Cincinnati Ohio.

The Blome Road Bridge was restored by Hamilton County in 1990. Hamilton County built a beam bridge underneath the truss bridge so not to alter the original design and materials. There are two bridges in Indian Hill. One is located at Shawnee Run Road and State Route 126. This bridge was used by Pennsylvania Railroad trains to move cargo. Today the remnants of the bridge can still be seen by bicyclist and joggers. It is a beautiful scenic area enjoyed by many of the residence of Indian Hill. The second bridge, Blome Bridge, is located at Spooky Hollow Road; built for the Cincinnati and Chillicothe Railroad Company. It is unique because it covers a waterway and a road. This is a popular fishing spot in Indian Hill. There are several renovated bridges along Loveland-Madeira Road, constructed during the Depression era. There are many private footbridges and new village gardens and homes. Each footbridge is unique because of the materials used to build them.

The Boy Scouts became popular in America in the early 1940’s. An Indian Hill Ranger, Jim Blankenship liked the idea of citizenship, learning, and camping. Jim started a Boy Scout Troop in 1944. Mr. Blankenship recruited his friend and co worker, Fred Meyer to help him with the seven boy troop; Fred became the scoutmaster. Fred would drive the boys to the weekly meetings that were held at The Cincinnati Country Day School gymnasium. Fred then drove the boy’s home before going to work his shift as a Ranger in Indian Hill. The Boy Scout Troop had several activities they enjoyed. Their favorite was camping. They would have to raise money for such an activity. The Boy Scout Troop 501 found ways to do this in Indian Hill through paper drives and the Indian Hill Annual White Elephant Sale. Jim Blankenship would repair broken lawnmowers and bicycles for the Troop to sell. The Boy Scout Troop would go camping every other month on the land of Indian Hill. They camped at the Kroger Hills Preserve located behind Willow Hills Drive, Albers Woods near the Little Red Schoolhouse, and in the back of Hinkle Home on Given Road. Each year Boy Scout Troop 501 and Scoutmaster Fred Meyer along with Jim Blankenship would take them on far away camping trips. The boys would ride in the back of Jim Blankenship’s pickup truck for these trips. Jim Blankenship and Fred Meyer took them to Michigan, Kentucky, and Canada to camp. Jim Blankenship realized The Boy Scout Troop needed a meeting place to call their own. Jim Blankenship used his own money to purchase 13 acres of land in Indian Hill for $7000.00. The cabin the Boy Scout Troop used was built by the fathers of boy Scouts in 1950. They named the camp after the man that made it all possible; John Blankenship, Camp Jim B. In 1966 they added a meeting hall. It has hardwood floors and a large stone fireplace in the main room. As time passed more renovations took place adding storage areas, four patrol rooms, and a conference room. Camp Jim B is a unique camp on Indian Hill land. It is surrounded by a grove of mature sycamore and beech trees off of Shawnee Run Road. A creek runs through the camp site as well. Towards the end of the 1950s there were three troops and an Explorer post. The troops merged into one Troop in 1986; Troop 502. To this day the Boy Scout Troop 502 meets weekly at the meeting hall in Camp Jim B. The Scoutmaster continues the tradition of personal fitness, citizenship, and character development.

This is a large stone house on Indian Hill land. It was owned by John Elliott and remained in the Elliott family until 1898 when it was sold to the Sterrett family. This is the oldest house built on Indian Hill land; also one of the oldest houses of the Miami Purchase. John Elliot traveled to America from Northern Ireland around 1784, he was 22 years old. A year later two of his brothers joined him; the ship wrecked causing the deaths of the rest of the Elliott family. John Elliott married; in 1787 he and his wife settled on a mill site he had discovered earlier on the Little Miami River at the mouth of Sycamore Creek. They arrived at the mill site with a horse, a cow, a gun, an axe, and some small articles. They settled into a large sycamore tree; the interior was decayed forming a room eleven feet in size. The Elliott’s purchased the land at the bank of the river. This is where they built the Elliott House. They used a bridged manual (hand-hewn) and water-powered technologies to construct their home. John Elliott used an old log gutter that was from a 40 foot tree. The house had wooden floors which were sawed with water power. The limestone walls; two feet thick were hand cut. They built a beehive oven for cooking. This is the home where their daughters were married; the home where their son’s returned to live and raise their children with their brides. They became wealthy millers—building a dam across the river, set up a flour mill, a saw mill, wool carding mill, and distillery. Their products were sold down the Ohio River, the Mississippi River, and New Orleans. The Elliott House was the only house in the area that had central heating. They used a large cypress tank to store water for the bathroom on the second floor. The water had to be pumped up stairs from the kitchen then stored in the cypress tank. Each family member had to take a turn at pumping the water into the bathroom. In 1898 the Elliott home was purchased by the Sterrett family. The Sterrett family remodeled and modernized the home. They closed in the back stairway and covered the outside stonework. The Elliott House had its own icehouse between the back walk and the porch. The ice was cut from the river. They also had a walk-in cooler for meat, milk, and other food that needed to remain cold. The Elliott House changed hands again in 1920. Henry S. Livingston deeded the home to the United Jewish Social Agency. They were in charge of Camp Livingston, a summer camp that Mr. Livingston created in memory of his only son. Once in the hands of the Jewish Social Agency they added a large dining area and kitchen to use as the camp’s main lodge. Smaller cabins surrounded the area. Camp Livingston was bought by the Village of Indian Hill in 1967. The Elliott House was used as an outdoor education center and school. Tours were conducted to show the children how the people of other centuries lived. Once the Ohio School Foundation Act was passed the tours stopped because the Elliott House did not meet school building codes. The Elliott House Restoration Committee wanted to restore the home to its original form. They obtained archeological studies and architectural evaluations. The Elliott House was stripped down; the house was actually rectangular in shape once the additions to the home were removed. Stripping the Elliott House allowed the definition of the original walls, beams, windows, stairwells, and chimneys to show. They restored the two chimneys and replaced the shingled roof; the exterior masonry was re-pointed. The Elliott House Restoration Committee ran out of money no longer able to continue the restoration the Village sold the building. In 1985 the house and land were leased for 99 years to the current dwellers of the Elliott House. They agreed to restore the home. The house has been rebuild, preserving the original features from the solid cherry staircase to the fireplaces. The Elliott House stands alone on land at the bank of the Little Miami River, where the Elliott mills once stood.

During The Eisenhower Administration America was going through the Cold War from 1947-1951. Jet engines and tool specialization were being manufactured in Cincinnati; Cincinnati is also a few miles southwest of Wright Patterson Air Force Base. This caused a lot of concern for the people in rural Indian Hill. The Eisenhower Administration passed out survival pamphlets adding to the fear of the people around Cincinnati, Ohio. The Grand Valley Preserve Image 379 acres of wildlife and natural beauty. When you come here bring your camera and binoculars, there is so much to see and experience.

Sign in to take advantage of all this site has to offer. Save your favorite listings and searches – also receive email updates when listings you like come on the market for free!
*Contact Information is NOT Shared* 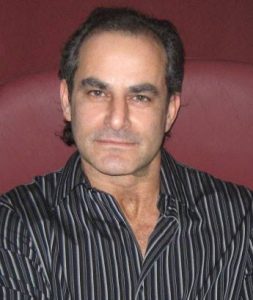 To create an account, fill out the following form: